Lounging and Sightseeing in Central Portugal

The few days spent in Central Portugal were stressful times, most days involved visiting at least two beaches, while spending probably an equal amount of time at seaside terraces and patios in between beach stops. If that doesn’t sound stressful enough yet, remember food and alcohol are cheap, and great!

Our base camp for the central region was a nice beach condo, west of Leiria along the coast. From here we had easy access to the beaches and towns along the shoreline, and saw a good number of them at a very leisurely pace. While most of our time was spent lazing on or near a beach, we did take the time to check out a few places as well along the way. I think the first one I would have to mention is the walled town of Óbidos. 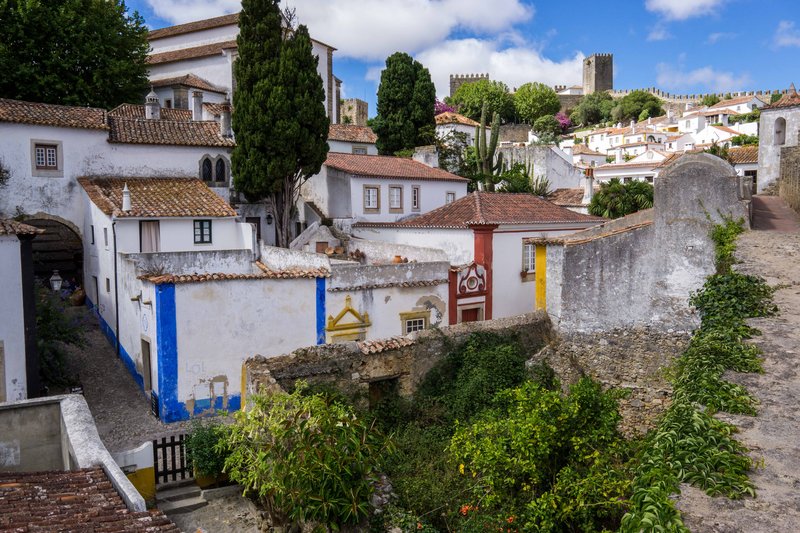 Óbidos is a picturesque medieval town fully walled upon a hill. Having seen some pictures of it prior to arrival, it was quickly added to my ‘to do’ list. Arriving at the front gate entrance, we entered and quickly climbed the steps to arrive on top of the wall. It is possible to walk the entire perimeter of the town on top of the stone walls, giving a great view of the surrounding valley, and the town within. The town’s houses were usually white, with bright trim colours, offering a great contrast to the clay tiled roofs atop every building. The opposite end from the front entrance contains the old castle, towering above all else. We walked up and around the castle, but skipped the interior, I found it was one of the few choke points with tourists, another being the street of shops near the entrance. Apart from these few spots, the town was easy to get across and not overly crowded.

One day in between beaches found us in the town of Batalha enjoying a pint or two in front of their famous church. We also found a statue of what might have been Nuno's namesake? 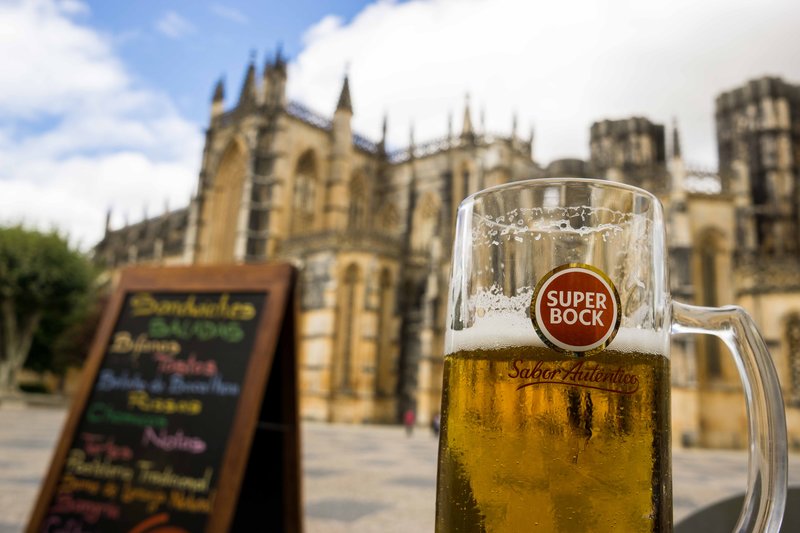 (My attempt at an artistic shot)

Most evenings found us out for supper (except for one night when Nuno’s parents prepared quite the feast for us and their friends), usually eating fresh seafood at a shoreline restaurant. These were all nice affairs, washing down good food with the light Vino Verde that I acquired a taste for. The evenings also provided some great sunsets, especially in the town of Nazare one evening. 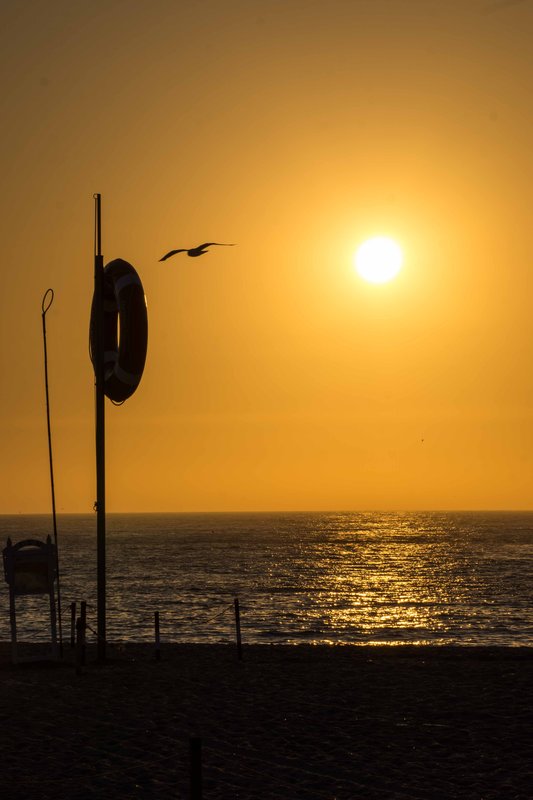 My last full day found me in Leiria and having to keep myself occupied for most of the day. Nuno’s family traces their history to Leiria and his Grandmother and extended family still live there. It has a pleasant downtown core, and a castle that is up on the hill overlooking it all. I arranged to have myself dropped off downtown, and walked the core before heading up the hill to the castle. Not a famous castle like some of the others in the country, it is nonetheless a nice castle and well maintained. This all worked to my advantage as I had the whole grounds to myself and maybe 5-10 other tourists. I was able to walk where I wanted and enjoy the view uninterrupted by other folks like myself. 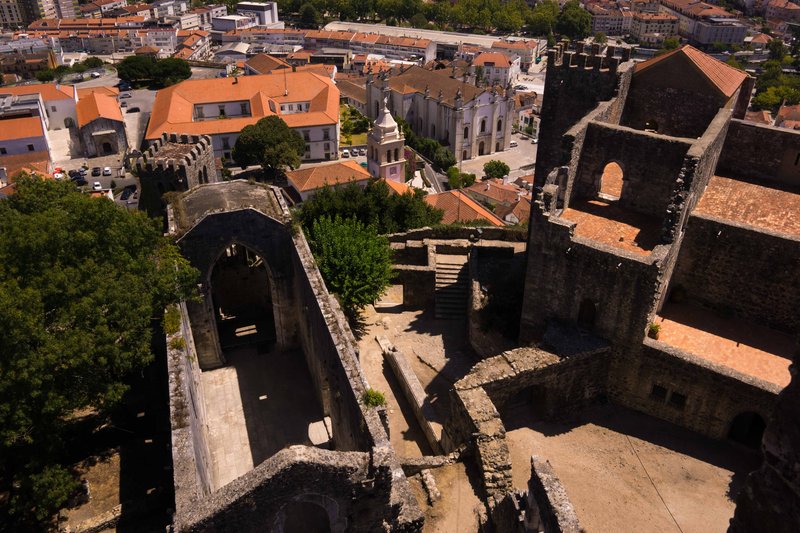 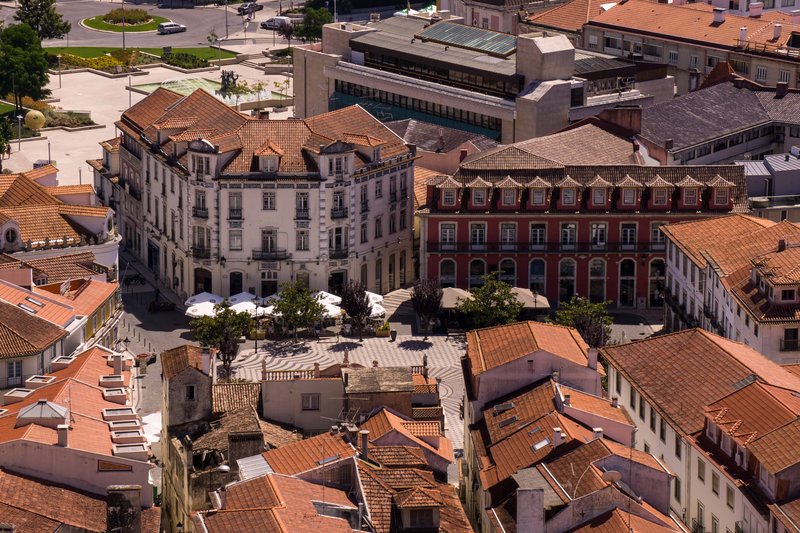 Finishing up at the castle I decided to head to the square with the bright white umbrellas seen above for lunch. As luck would have it I ran into Nuno’s parents and secured a ride back up town after a nice meal!

That brought to a close my Portuguese adventure, Nuno was flying out the next morning and I decided at the last minute to jump on his ride to the airport. Planning this last night I came up with a plan in my head (by plan I mean a vague notion of renting a car and driving across France, no idea where I would stay or what I would see along the way yet) and so became my few days in France which you can read about on here!